I am going to start out with my first blog about Japan. I have been wanting to blog about Japan for a long time and I have finally decided to do it! The first thing I want to talk about is one of my worst experiences in Japan. One of my worst experiences was actually going to the infamous Butler Cafe, Swallow Tail. I can laugh about it now, but at the time I was really upset about it.

I have read a lot of reviews about Swallow Tail butler cafe praising it, but I honestly thought it was unpleasant, awkward, and greatly over priced. Maybe otaku girls or fangirls would like it; however, my friend and I did not enjoy it at all. There a variety of different "types" of butlers. They have a glasses type, an older man type, a cute boy type, etc. 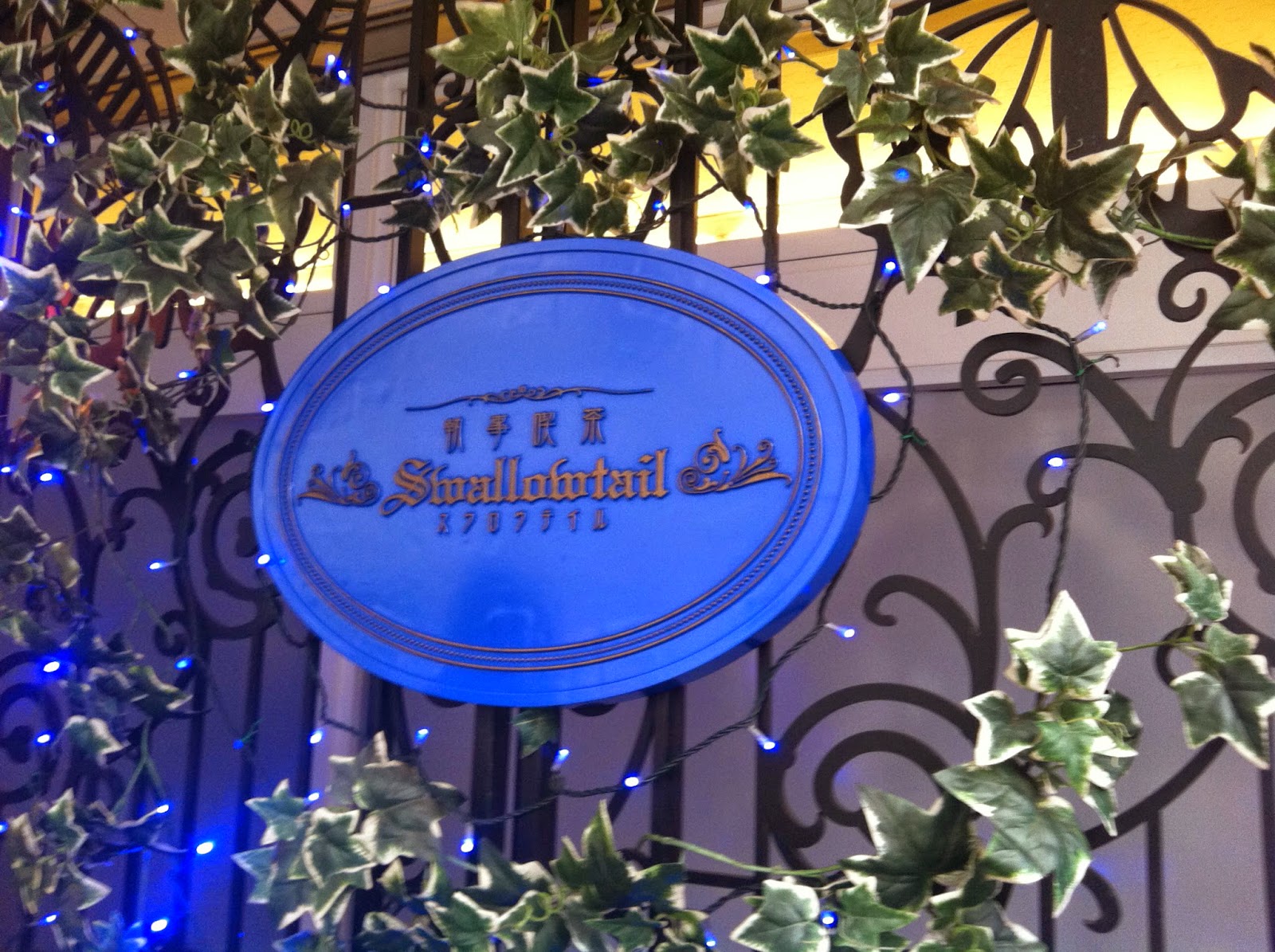 The cafe is located on Otome Road in Ikebukuro. It's by the K-books stores and not too hard to find. You are not allowed to take any photos inside the cafe so I do not have any. To eat at the cafe, you have to make an online reservation (in Japanese) 2 weeks in advance, but there are instructions in English. Their cancellation policies are a little strict but looking back at it they could never catch you since you do not give your credit card information.

Originally my friend and I were pretty excited before going and were excited when we first arrived. When you enter the cafe a butler takes your coats and stores them and then takes you to your table. You are told you cannot use your cellphone or camera (since they don't want photos being taken inside) and you must store your bags in a basket next to you. They will come around and tell you to put your phone away if you are using it.

Once we were seated at our table and received our menus our problem began. We had ate before coming, thinking it was going to be like other cafes were you can just order desserts. However, when we tried to order a dessert and some tea, they told us we could only order the 5000yen ($50) dinner set because it was 7pm. Before making reservations I had looked at the website and no where did it say (that I found) you had to order dinner. I told them he didn't want the dinner and that we only wanted desert and tea and thought we could order just dessert. But they wouldn't let us and didn't seem to think I understood any Japanese, so my friend and I both regrettably ordered their dinner set and hoped it was good and that we didn't throw up. We couldn't leave without paying 2000yen ($20) fee each for cancelling even if we had wanted to walk the door right then And no where to run when they have your jackets and it is cold out.

The best part was the tea. The tea I ordered was some vanilla extract and was really good and served in a cute cup. As I was told later, by our butler, each tea type has it's own specific cup. You can not refill your own tea even though they give you the pot. The butler has to do it for you. And it was something that just felt weird to me. Maybe I am too independent and want to pour my own tea... And he also has to escort you to the restroom if you which to use one. I found this awkward... Also I expected the bathrooms to be fancy, but they were not. Just normal. I was a little disappointed. I hoped the regal facade was everywhere. I didn't go to the restroom until they asked if we wanted to wash our hands after eating.

The inside of the cafe was cute and "regal." The majority of the people in the cafe were single Japanese women or pairs of women who seemed be blushing each time they interacted with the butlers. They were enjoying the experience at least. Maybe being treated like a princess is their thing, but I felt out of place. And I was angry about saying goodbye to my $50 the whole time I was there. Our butler did not try to talk to us until we were waiting to leave. He just asked us why we were in Japan and what school we went to mostly.

The first part of the meal were some sort of long crackers with a dip. They were not very good... Had no flavor. We hoped for better with the main course and dessert, but were disappointed. I do not remember the contents of my meal entirely. There was some meat, some fish, and some vegetables, and it was one of the worst things I have ever tasted in my life. Everything had little to no flavor. The portions were small, not as fancy or artful as I would had expected, and I tried to not throw up the Hawaiian burger I ate before coming. The dessert was also sad... My friend and I got different desserts, but I had some "apple pie." In Japan they seem to have very different ideas of what apple pie is than from other countries. Their pies are more like tarts. My apple "pie" wasn't very tasty. :(

We had to wait awhile before we were even allowed to leave. We paid and waited and were given a membership card where I guess we can use to save up points for each visit.

I would personally not recommend this cafe (especially for dinner). But maybe going during lunch time when you can just order tea and dessert is better. I did enjoy the tea a lot, but it was basically the only thing I enjoyed about the cafe. The ambiance was a little strange as well. Lots of socially challenged women swooning in the background. The butlers are not as handsome as you would hope either...

This is the cafe's website if anyone does still want to check it out or if you just want to look at the site:
http://www.butlers-cafe.jp/
Posted by Michelle Armstrong at 1:06 AM