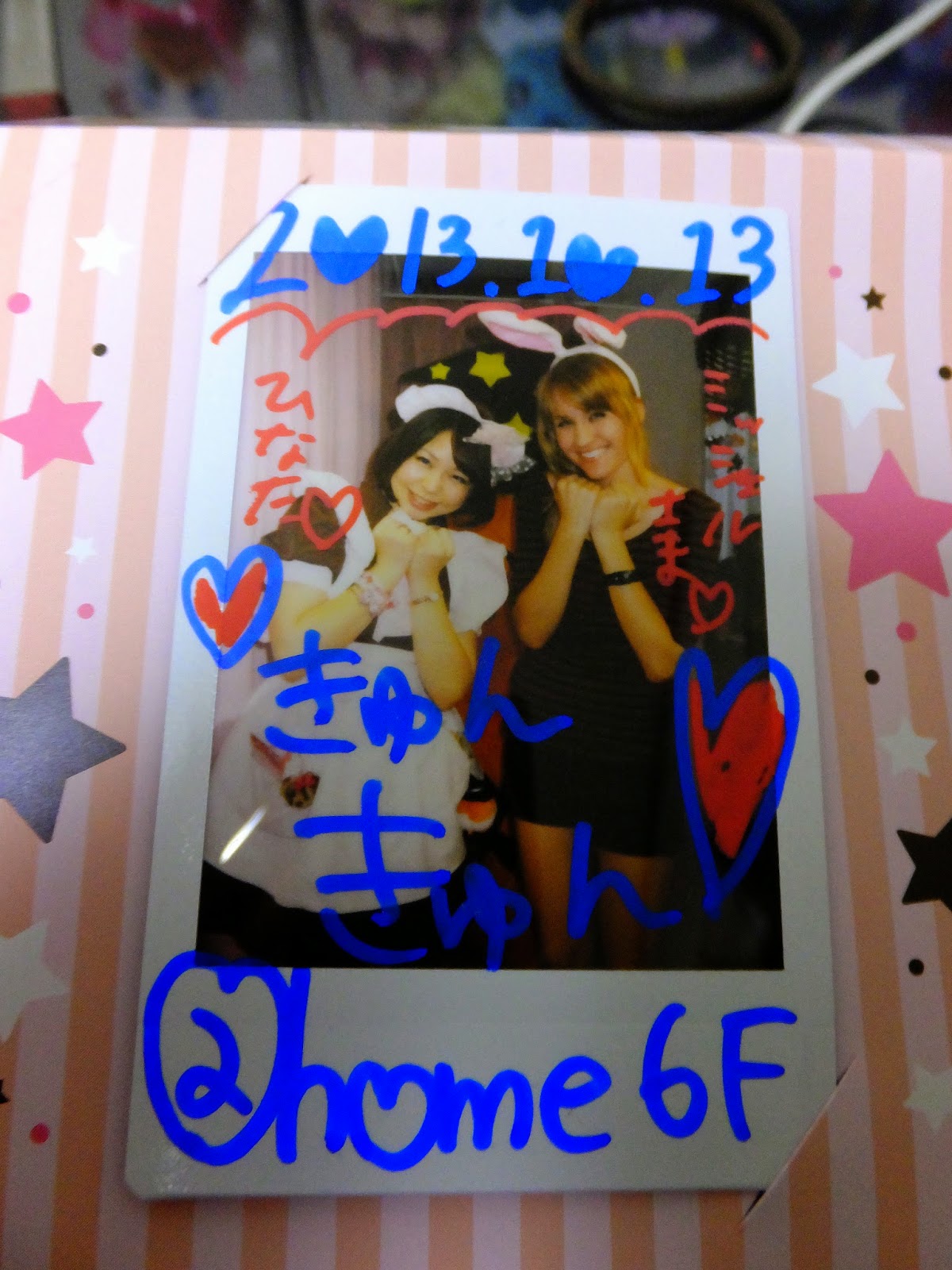 Maid Cafes are very unique to Japan and thus embody many aspects of Japanese culture. They indulge the obsession with the kawaii or cute and reflect the idea of amae or the idea of wanting to be taken care of by another.

Prior to experiencing a maid café, many people have the impression that they are a place that overly sexualizes young girls and that they are essentially a “dirty” place—a place where only creepy Otaku or sexually frustrated men gather. However, this is not the case. Maid Cafes are not sexy; they are overly CUTE and thus highlight Japan’s obsession with the kawaii. 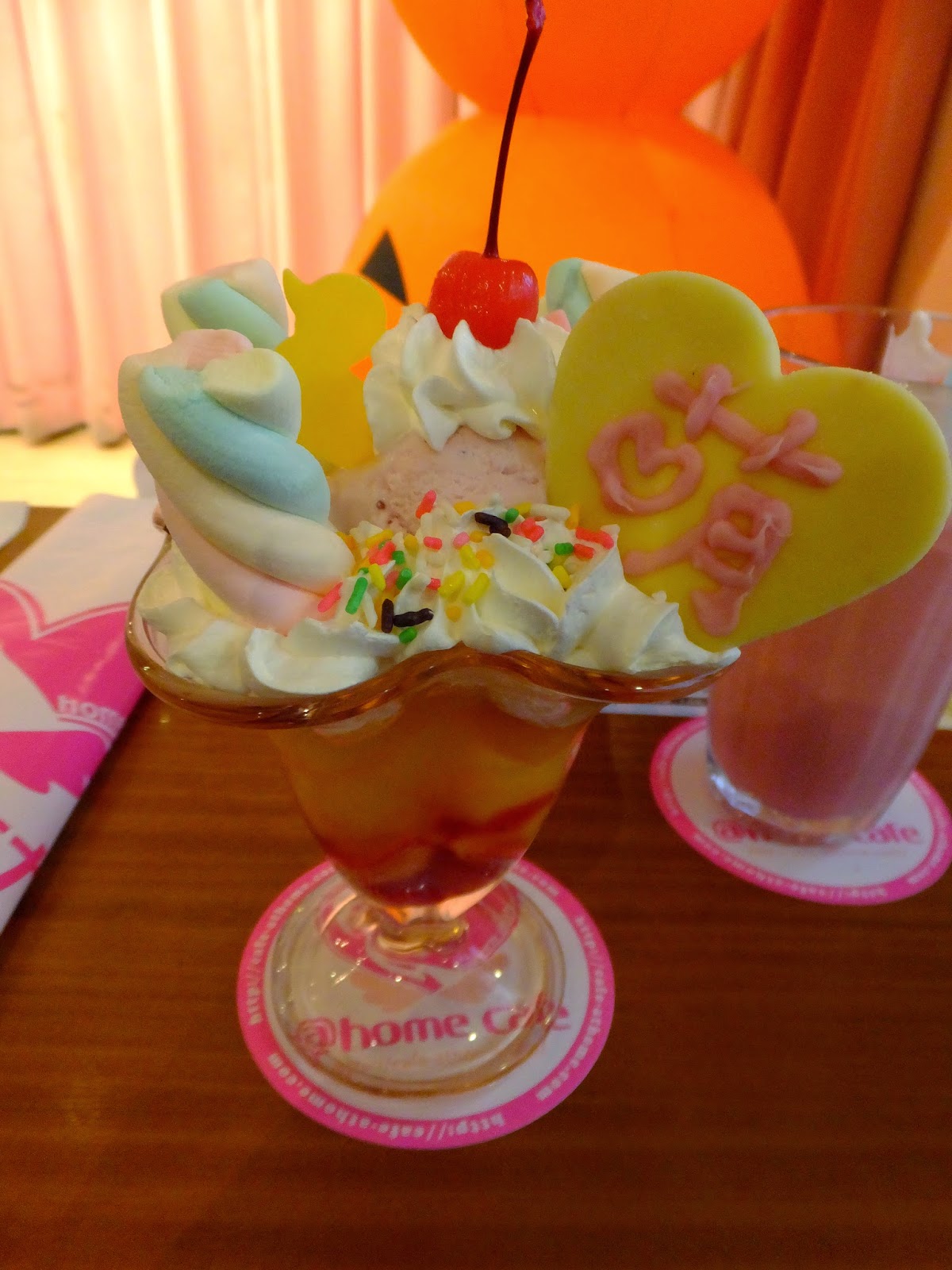 At the maid café I went to, @home, all the girls wear plush toys clipped onto their aprons, hair accessories, and fake eyelashes and circle lenses to enlarge their eyes. All these elements help to make them kawaii. Even the food, drinks, and desserts that are served at the cafe are cute. The desserts are pink and pastel colors and are made of marshmallows, chocolate hearts, ice cream, cake, and even cotton candy. If guests order a latte the maids will draw the guests’ favorite animal in his or her’s drink and if they order a special drink they have to chant childish words such as  “nya nya” and “moe moe” with the maids. At the end of the experience, (if the guest ordered a meal set) guests can take a photograph with his or her favorite maid. For the photo, they get to choose what type of animal ears they want to wear, such as bunny ears, cat ears, giraffe ears, and then they make a cute-some-what “girly” pose and take the photo. The guests are given the photo in a small frame and a letter from the maids after they pay the bill.

Another aspect of Japanese culture that is found within the maid cafes is the idea of amae or indulgence dependency. It is a unique part of Japanese culture where there is the need or desire for someone else such as one’s mother, wife, or subordinate to indulge or help a person with tasks. By indulging another, that person is displaying their love. This aspect is rooted in the unique Japanese mother-child relationship and that continues throughout a Japanese person’s life both in school and in the workplace. Maid Cafes embody this idea for the guest is the “master” (or “princess”) and thus gets indulged by the maids. The maids entertain their guests by playing cute games with them, by chitchatting with them, by serving them food and drinks, and by complimenting them. Thus by taking care of the guest, the maids make them feel loved and appreciated, continuing the idea of amae.

Japanese culture is filled with many elements that make it unique such as the obsession with the kawaii and the need for indulgence.  Even its pop culture and niche areas of interests such as Maid Cafes reflect these aspects of life in Japan. Maid cafes, while usually thought of as “sexy” by foreigners, are in actuality a reflection of Japan’s love for all things cute and for the Japanese desire to be indulged by others.

I really enjoyed my experience at the maid cafe I went to. While the desserts weren't great, it was still fun and an exciting new experience to try. We requested an English speaking maid since a lot of my classmates just had began their Japanese studies. Our maid actually had lived in the city where I came from in California! It was quite the coincidence!

While, there were obviously men in the cafe who frequent maid cafes often (they had a while photo album of photos with the maids), there was also an abundance of Japanese people coming in to check it for the first time. 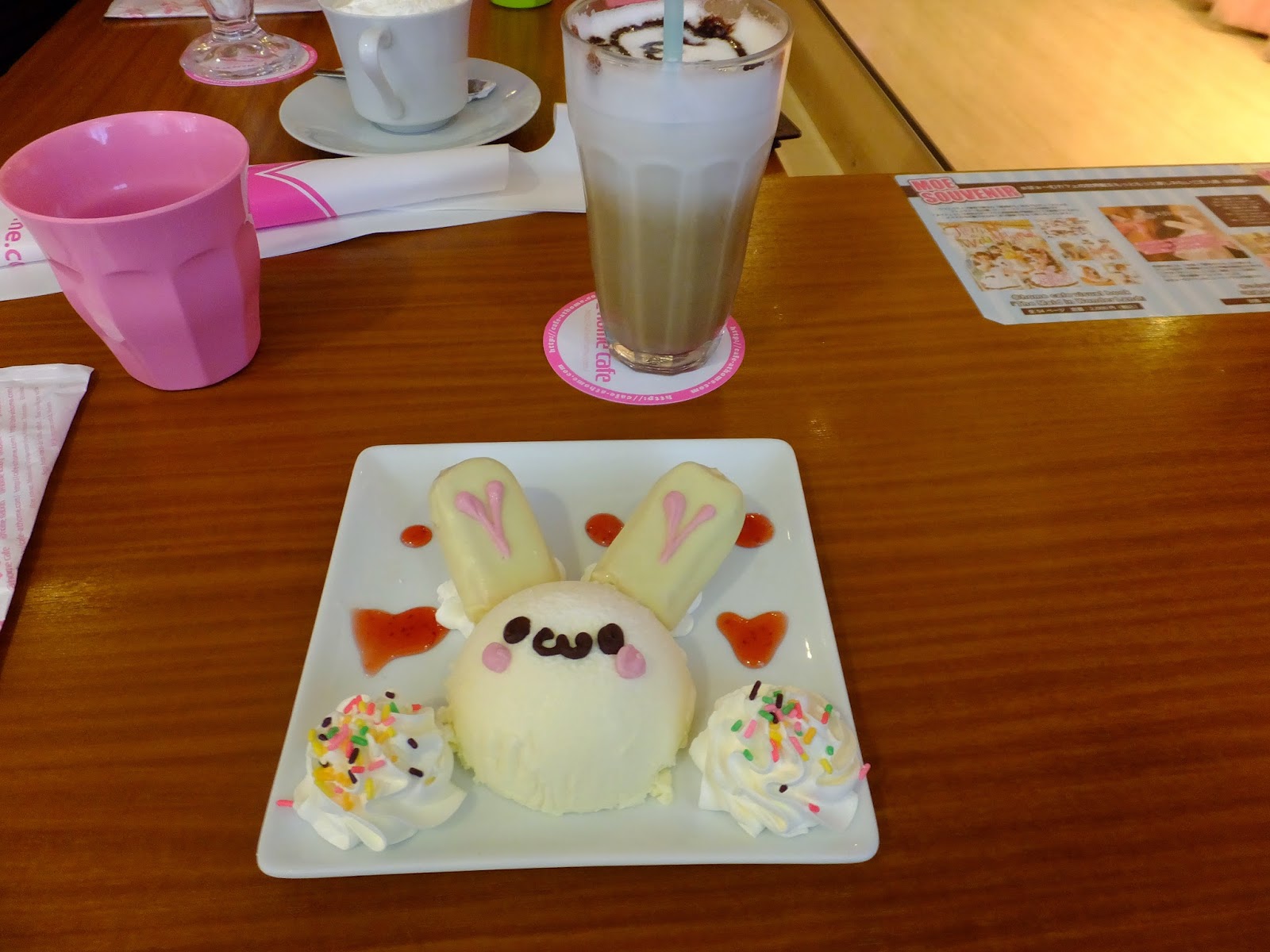 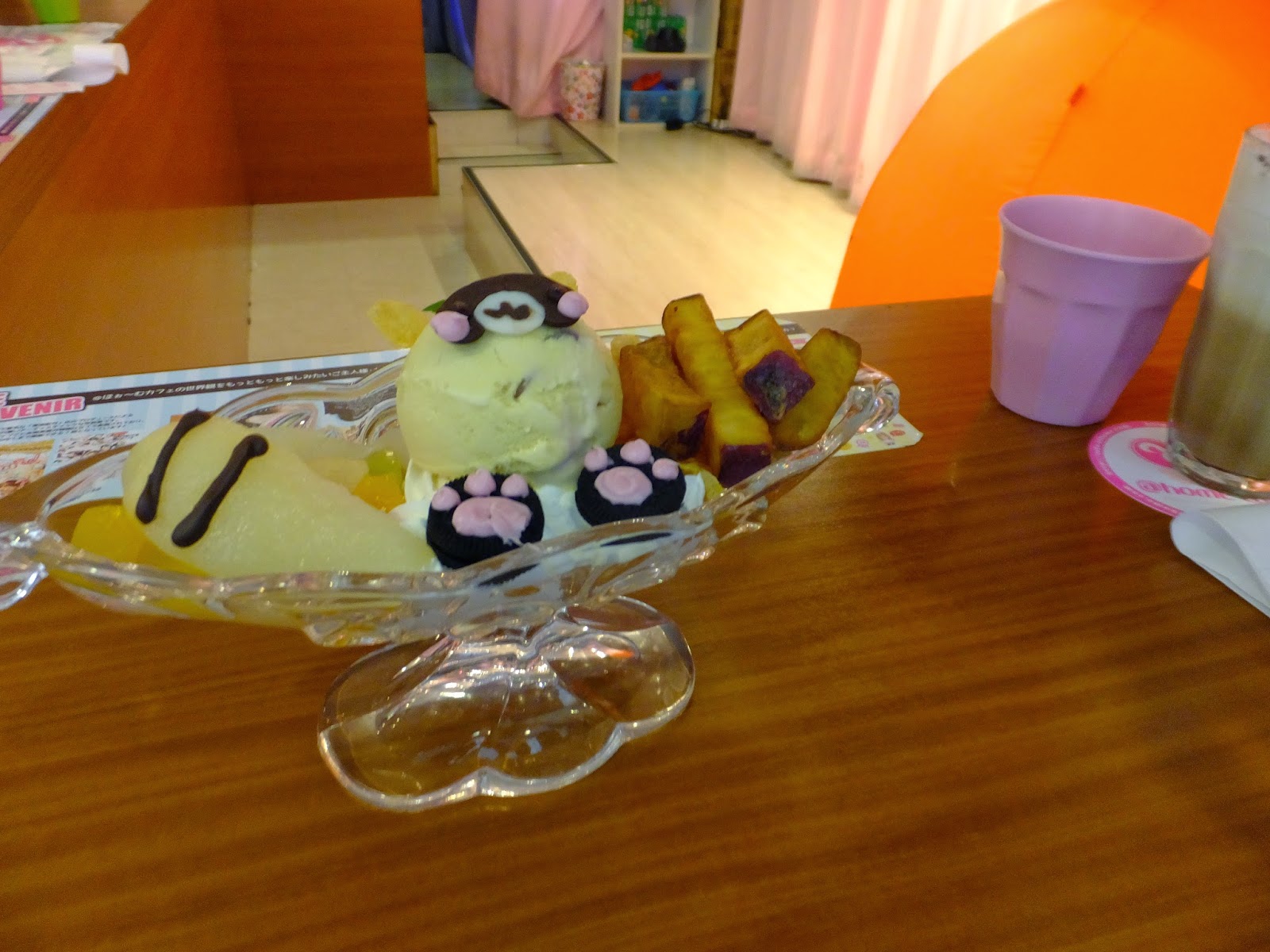 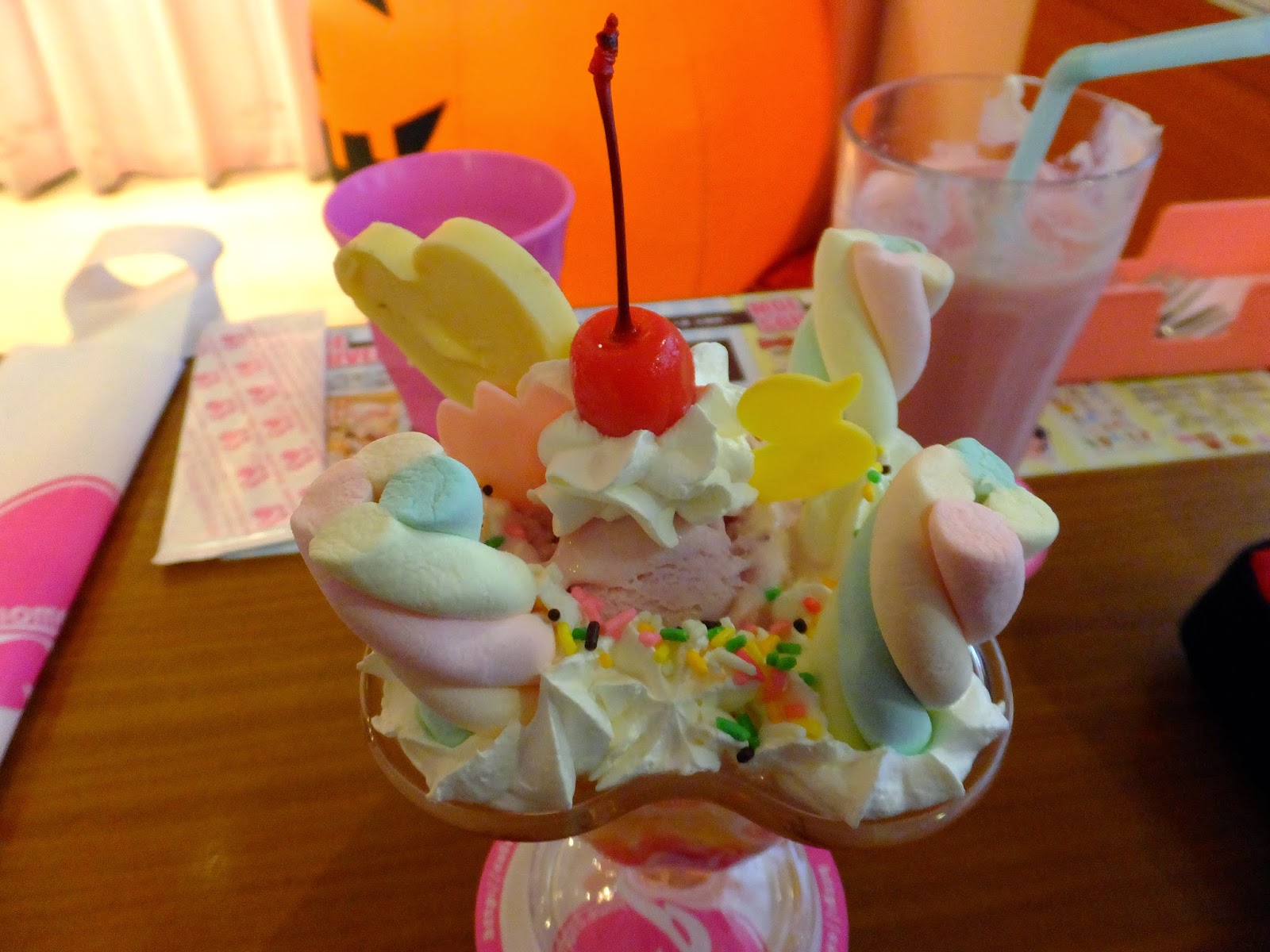 Posted by Michelle Armstrong at 11:39 PM