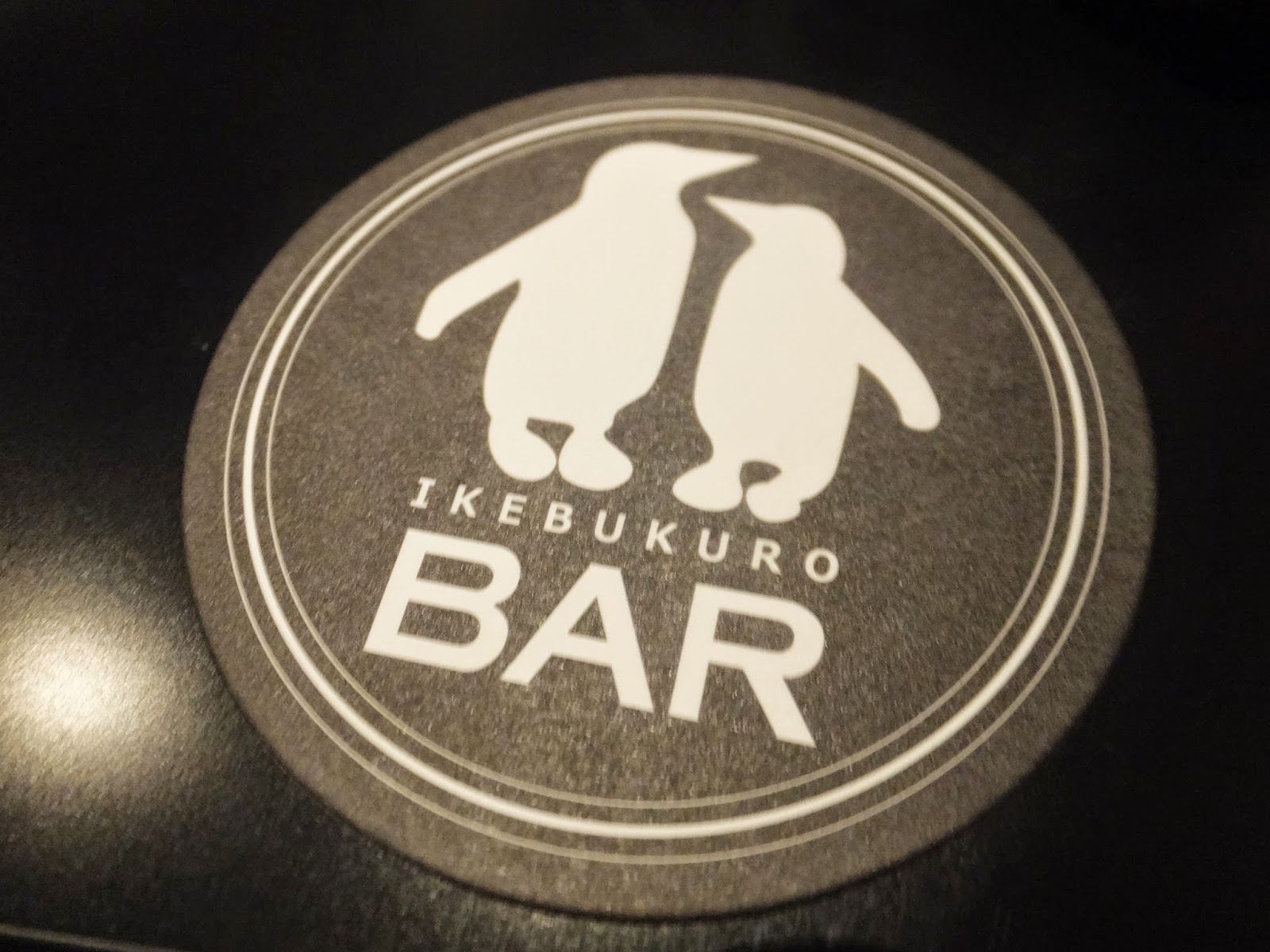 I recently went to Japan again in December to visit my boyfriend for Christmas and New Year's. I had a great time and was so sad to leave. 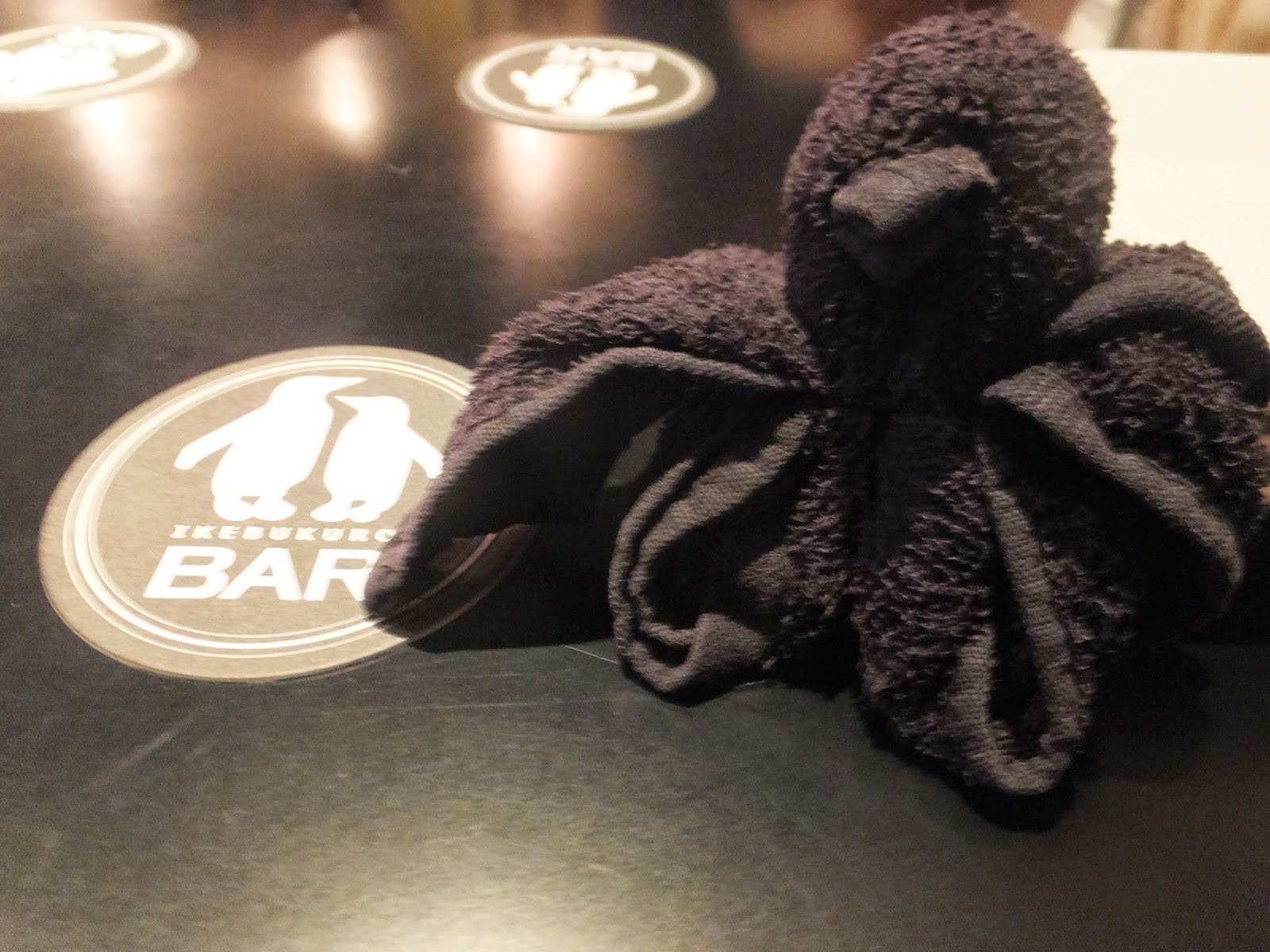 I had wanted to go to the Penguin Bar in Ikebukuro the year before when I studied abroad and this time I had the opportunity to go! It wasn't as "fancy" as I had expected. But you did have to make reservations in advance. My boyfriend handled that and choose a time during 1 of the 2 penguin feeding times (about 7pm).

My boyfriend, our two friends, and I were seated at a table and were given warm napkins folded into Penguin shapes. They were very cute and I almost didn't want to take it apart to use!

While you can get a set course, we decided against that and just ordered the food we wanted. In the end it was still about 3000 yen ($26) each almost the same price as the course menus.

We all ordered our drinks and then ordered 2 dishes to share amongst the four of us. We got a pizza, a beef dish, and a veggie plater that had a delicious heated sauce to dip the veggies into. The carrots were cut to be penguin shaped. We later also ordered spaghetti since we were still hungry. The dishes were all a little small for four people to share, but probably 1-2 dishes would and been enough food for 2 people. 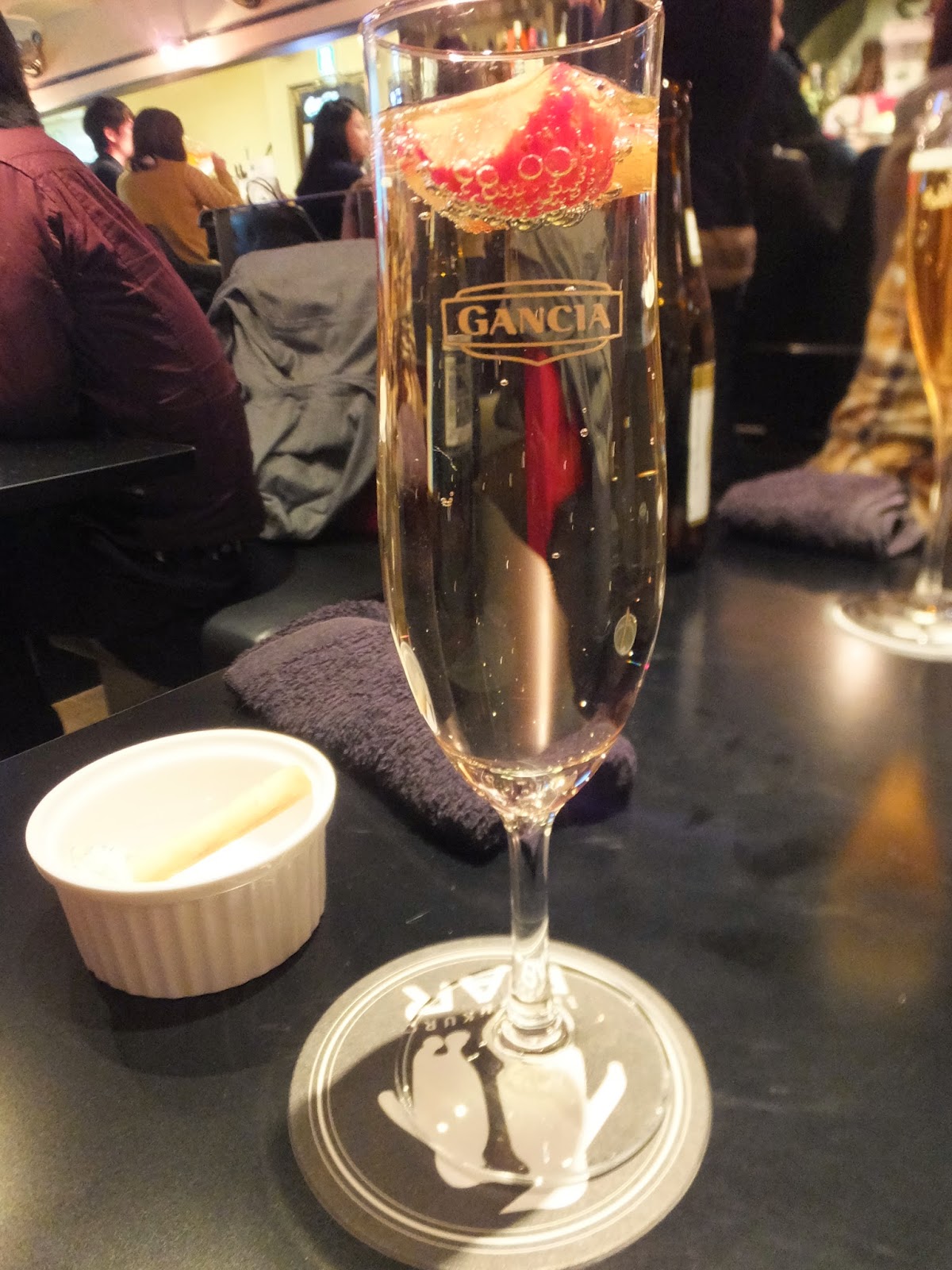 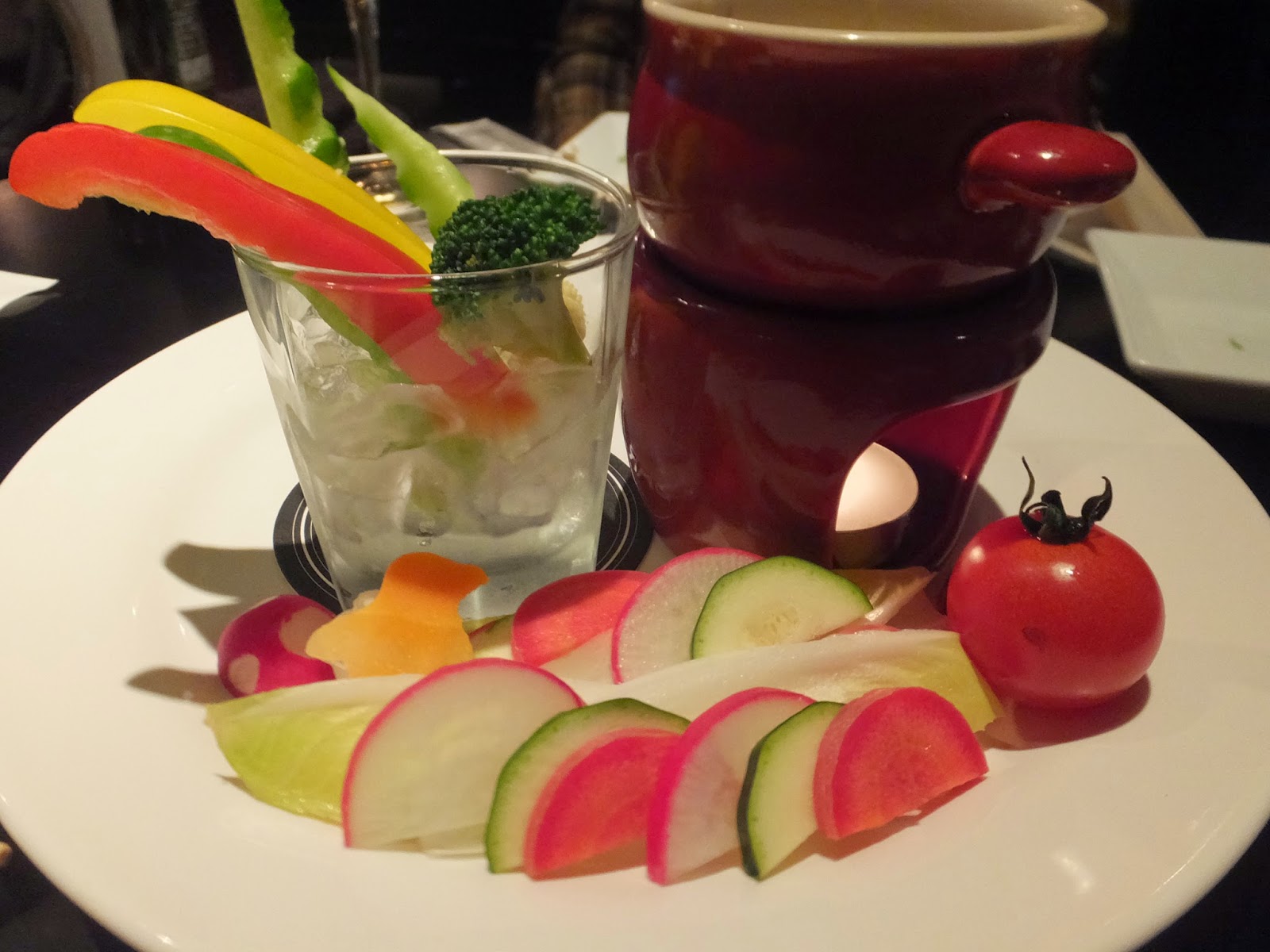 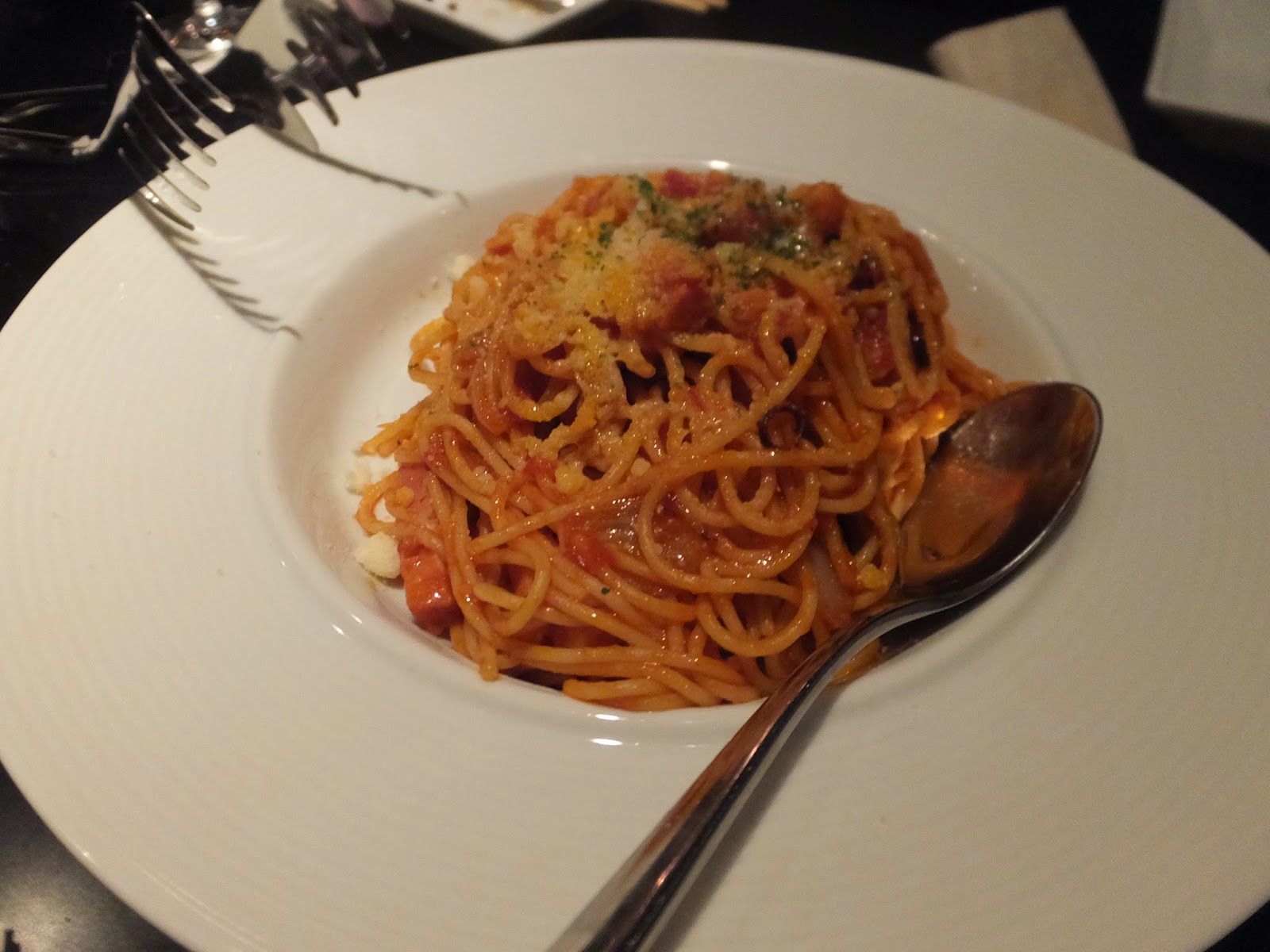 After we finished eating it was feeding time! We were sited in the front of the restaurant and thus the farthest away from the penguin tank. They would ask a few tables at a time to get up and get in line to feed the penguins. We were one of the last groups to feed the penguins. When I reached the front of the line, there was a lady with a bucket of fish who handed you tongs and told you (in Japanese) to grab the fish by the tail and feed it to the penguin. My boyfriend snapped a photo of me feeding the penguin. I held onto the fish longer than my companions did. Their fish were gobbled up before they could blink! After we fed the penguins we went back to our seats. 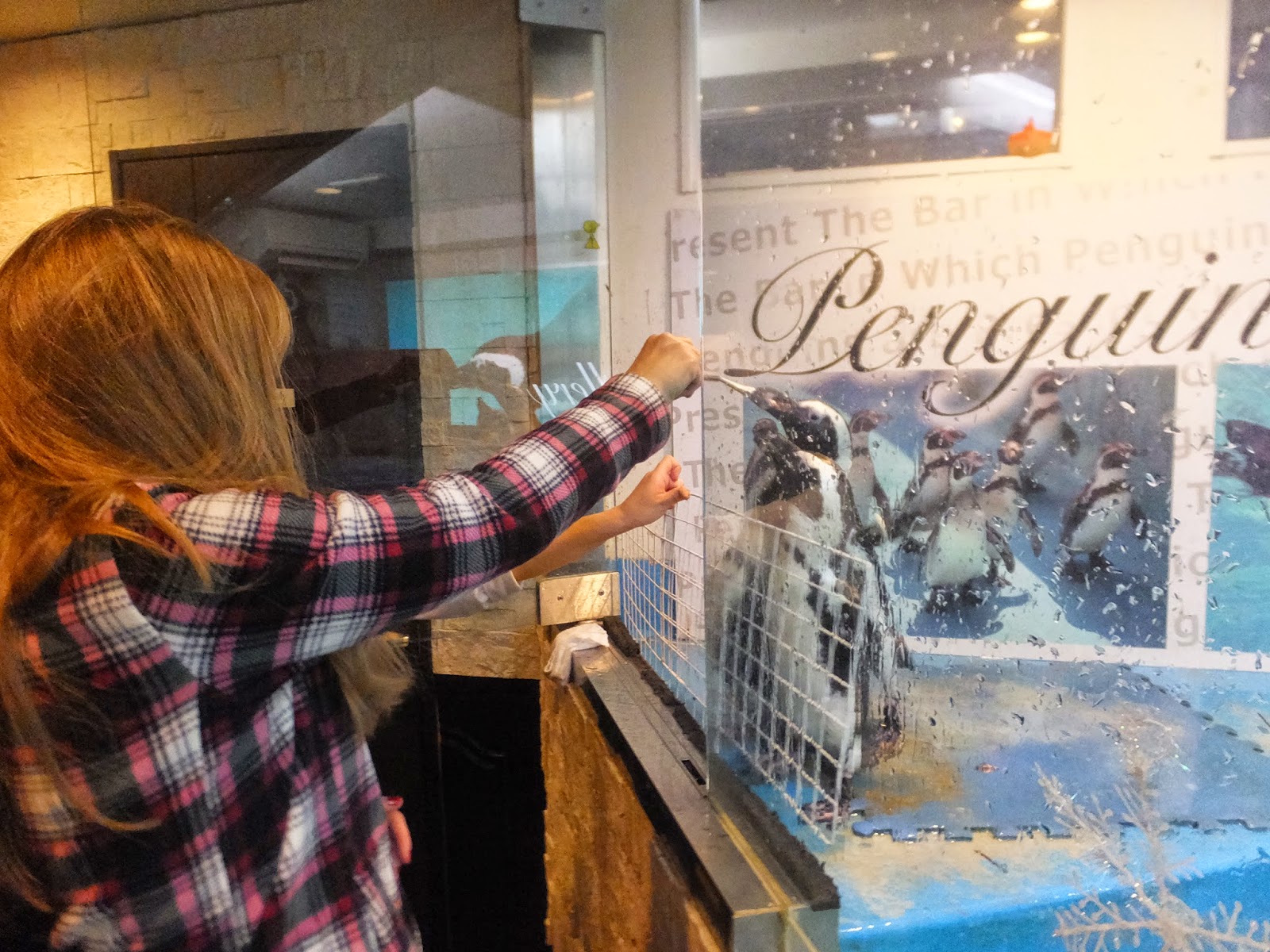 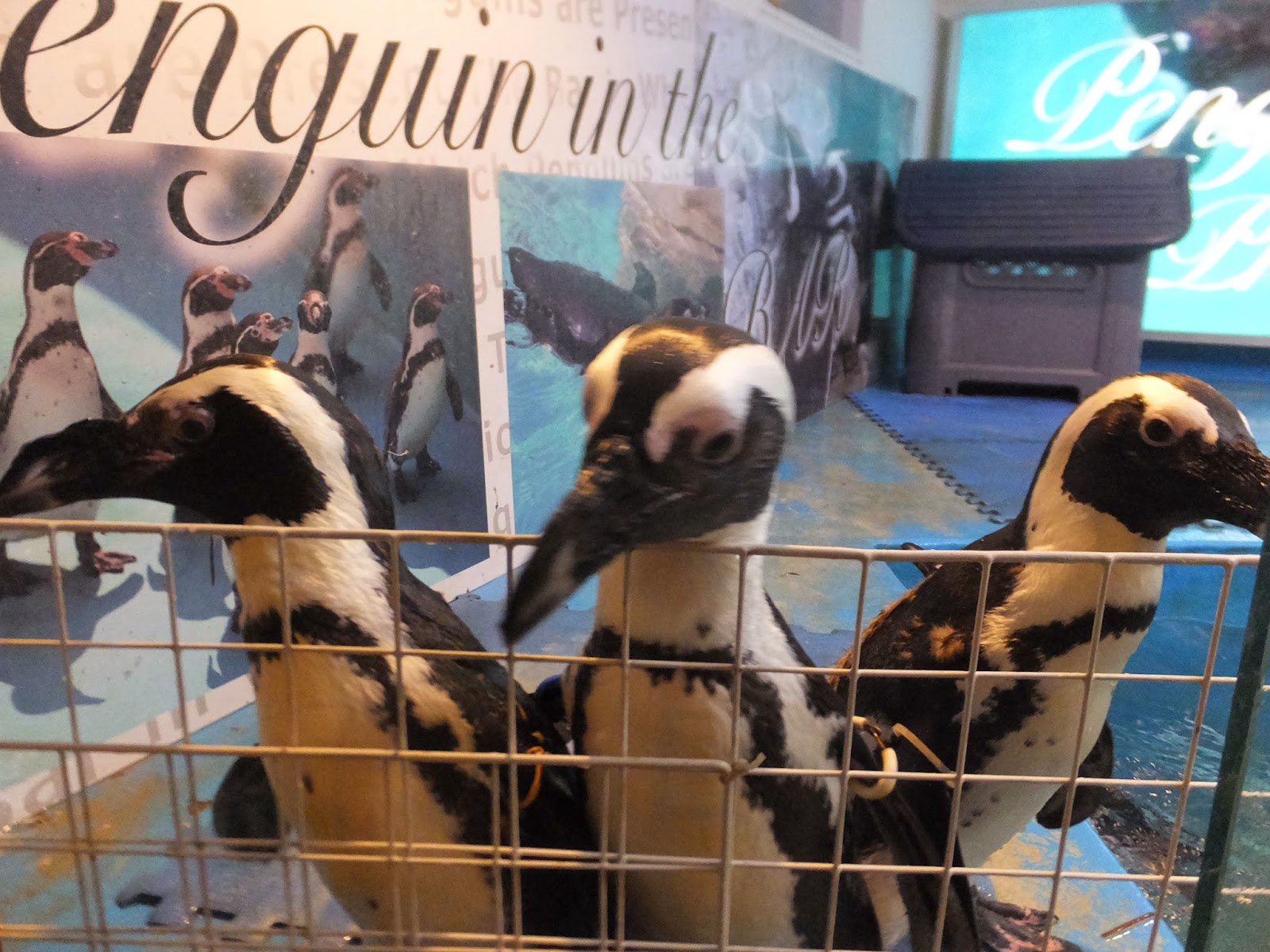 The Penguin Bar was fun and an interesting experience. The food was pretty good and about the expected quality of most izakaya (Japanese bars). I did feel the penguins were in a small tank and I thought the glass was extremely dirty. But maybe they are moved to a bigger tank when the restaurant closes and the glass is cleaned every night. While I hope that, I can't say I expect that since I have heard many bad things about animal rights in Japan...

The official website of the penguin bar can be found here http://www.penginbar.jp.
Posted by Michelle Armstrong at 3:24 PM